In the history between villages and castles

Our trip start from the “Castelli di Jesi” and in particular Rosora in whose arms the Crowned Lion of Jesi. At 400 meters above sea level, overlooking the course Esino, the town of Mergo with its ancient walls.

Going up the river near the Monte Murano we find Serra S. Quirico, a charming medieval fortified with walls called “Copertelle”. Beyond the “Gola della Rossa” Gorge there are the towns of Cerreto d’Esi with its Belisario tower and the beautiful Matelica. Turning to the Umbria you arrive at Fabriano with its beautiful historic center with the Podesta’s Palace and the fountain of Sturinalto commissioned in 1285, around rise the castles of Castelletta and Precicchie. On the north is Sassoferrato defended by the Rocca Albornoz erected by the Cardinal in 1365.
Arcevia, the ancient Roccacontrada, also known as the pearl of the mountains is defended by a ring of nine castles old world charm. Up the valley of Misa towards the coast we reach Castelleone Suasa famous for its archaeological site of Roman origin. The Mountain Community Esino-Frasassi consists of other important towns and medieval catles including Cupramontana, Staffolo and Genga marked with the Orange flag of the Touring Club. 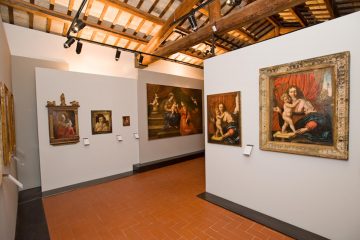 Among the symbols of our culture

Arcevia, Sassoferrato, Fabriano, Cerreto d’Esi, Matelica The Marche region is a region of great culture and has a wealth of museums and theaters. A journey through some of the museum resources can take away from Read more…

Testimonials of our civilization

Castelleone di Suasa, Arcevia, Sassoferrato, Fabriano, Matelica The territory of Colli Esini is full of sites and artefacts of archaeological interest. The route to the discovery of ancient history start from Castelleone Suasa and the Read more…